Vandals took their best shot at ruining the upcoming season for the St. James Youth Football organization. Thanks to a huge response from businesses and individuals, however, their plan was sacked.

Local law enforcement continues to investigate the vandalism of a storage facility next to the St. James High School football field/track that took place earlier this month. The St. James Police Department was informed of the vandalism July 15, in which practice and game jerseys and pants as well as other football gear were trenched with cleaning chemicals and apparently urinated on.
As a result, a loss of $25,000 to $30,000 in uniforms and gear was suffered just days before the start of the football campaign, according to St. James Youth Football president Beau Moreland. St. James Youth Football offers full-contact football for youths entering grades 3-6.
Moreland said he discovered the damage when he was getting gear on Monday morning, July 15 in preparation for last week’s St. James Youth Football Camp, annually directed by the St. James High School football coaching staff.
“I went in to get equipment for the camp,” said Moreland, who is the St. James High School wrestling head coach as well as an assistant coach for the STJ football and girls soccer squads. “The youth football equipment had recently been relocated to the shed below the bleachers. Every piece of equipment was taken off the shelves and out of their boxes and containers and thrown into a pile on the floor. They took all the cleaning chemicals stored in the shed and started dumping them on the equipment. The chemicals had started eating away at a lot of the jerseys already and turned the room into a nasty, mildew smell.
“We found places where they also urinated on the gear and did other vandalism type stuff. They dumped all the helmet replacement kits all over the floor. Every mouthpiece was dumped out and a lot of those are gone. The chin straps were brand new and those are gone. All the game jerseys were dumped into a pile and drenched with chemicals. There was damage to helmets, and some of the helmets, shoulder pads and footballs are missing. We had just spent $9,000 to refurbish or buy new (helmets). A Riddell rep came in (Friday); I think we’ll be able to save most of the helmets.”
Moreland added, “There is pretty much 100 percent loss of practice pants and jerseys. Most of the losses were to grades 3-6 in game uniforms and practice equipment. I think we’re at about 60 percent of helmets usable. Shoulder pads caught the brunt of it—they will have to have a real good cleaning and then see what we can save. I’m just glad there are only a few things we can’t find. I don’t think there was a lot of theft; most of it was damage. And we lost so much of the little stuff you’ve got to have, like the mouthpieces, chin straps and water bottles.”
He pointed out that the vandalism was juvenile enough that the shed door was shot numerous times with an air or BB gun but intricate enough to open individually-wrapped mouthpieces and pour cleaning chemicals into them.
The act has caused Phelps County to come to the aid of the players in the youth program.
“I don’t think people are so much angry as just in disbelief that someone would do that; to destroy equipment intentionally like that,” said Greg Harlan, St. James High School Activities Director who has been involved with St. James Youth Football in various capacities since 1996. “It puts more pressure on getting replacement equipment and jerseys in time for the season.”
The St. James teams compete in the Washington Youth Football League. Practice for St. James squads is to begin July 29.
Roy Bell, a fourth-grade coach and secretary for St. James Youth Football, says the positive response from the community has saved the season for the league.

CHECK OUT OUR CURRENT SUBSCRIPTION SPECIAL! 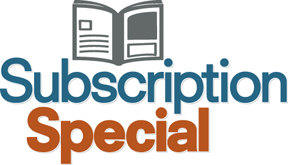 “This is very personal for me,” Bell said. “My son plays for the youth organization, and I’ve coached one year in it. These kids were all amped up and excited to get started. That Monday morning, when we found the vandalism, was like a punch in the gut.
“But the outpouring from the community has been great,” Bell said. “We’ve had people from as far away as Ohio and Washington, D.C. offering to help. We will 100 percent be ready for practice. The gear we will have by this week will enable us to have practices and even games, if need be.”
Moreland said the first to step up and give a generous donation was Mo-Sci Corporation of Rolla.
“Mo-Sci and Ted Day; they reached out day one,” Moreland said. “They gave a big donation and that gave us the confidence to get an order out to get the kids into the equipment needed in August. And Academy Sports gave us a donation to get water bottles and chin straps. I’ve been blown away by how fast and how many people have offered to donate.”
Moreland said donations by Mo-Sci and BSN alone have combined to provide enough equipment to get the season started.
Additional gifts have been received from the Washington Junior Blue Jays, Midwest Petroleum, St. James Sports Club, Kent Jewelry, Sakelaris Ford, Rusty’s Kettle Korn, 4J Archery, Tall Tine Barbershop of St. James, Academy Sports, Dicks Sporting Goods, Rawlings, Extreme Accessories, PCA Guns, Walmart D.C., Waynesville Tigers, Cardetti’s Flag, Just A Taste of St. James, St. James Masonic Lodge, Newburg Booster Club, Blair Oaks Jr. Falcons, Country Café of St. James, Soaps N More of Doolittle, Lamar Butler of Washington D.C., and Nick Johnston of Piqua, Ohio.
Bell said the incident has spurred interest in St. James Youth Football.
“Typically, we have around 90 players,” Bell said. “We may end up with 110 to 120 this season. A lot of people are learning this is not just throwing a helmet on a boy and letting him go. We have safety standards in place. All of our coaches are USA Football certified, and we count time to the minute on how long kids are having contact.”
Meanwhile, the investigation is ongoing to find those responsible for the vandalism.
“At this time, I have full faith in Chief Ron Jones and the St. James Police Department to find those responsible and bring them to justice,” Bell said.

Comments will undergo moderation before they get published.