Students at the Steelville elementary and middle schools should have a new playground to start the upcoming school year. On Monday, playground equipment was being put together by the company from which it was purchased.

Superintendent Christina Hess noted workers had started on the project late last week and anticipate it will be ready for the district to sign off on by the end of this week. Once that is done, the playground surface material will be spread and that is the final piece of the entire project. Hess said, “We are hopeful that it will be ready for the beginning of school.” The playground area situated behind the schools that was used while the district was awaiting completion of this project will not be abandoned and there are plans to address the drainage issues there. 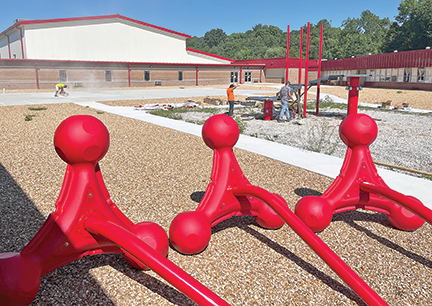