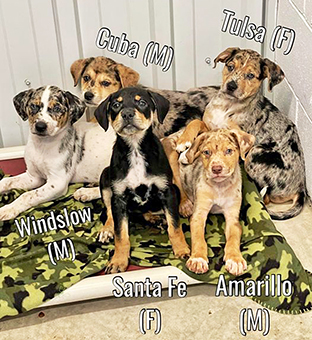 August 12 was a busy day for the Cuba Animal Shelter. Before the pound opened workers had rescued 10 animals—five kittens in one location and five puppies in another.

The Cuba Police received a call from a concerned citizen who arrived at work and saw a suspicious tote on a side street in Cuba. The tote was not only zip tied shut but screws were drilled into the top to hold it in place. It is unknown if it fell out of a vehicle or was just left there. When the police arrived it was discovered that five puppies were inside. Pictured are the tote and a blurry picture of the adorable puppies inside in hopes that someone may recognize or know the person who left them. Abandoning an animal is against the law and if authorities find out who did this they will be prosecuted. The good news is that the puppies looked good, other than being full of fleas and very dehydrated and hungry. They each received de-wormer, their first shots and a flea and tick bath. They are being referred to as the Route 66 crew. They are simply your typical puppies who love to play, snuggle, eat, and sleep. They are about 10- to 12-week old Heeler mixes and will be available for adoption on Thursday, August 18. If you are interested in filling out an adoption application, contact the shelter 573-885-0339. 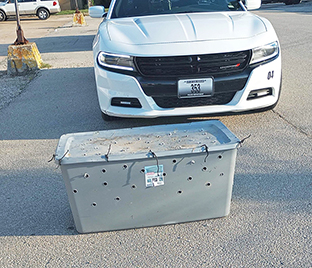 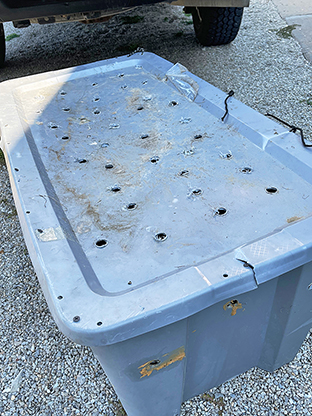 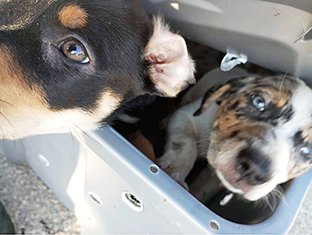