During a special meeting before their regular meeting on Tuesday, June 21, Cuba alderman gave initial approved to a $20.6 million budget for the new fiscal year, which starts on July 1. The budget increased spending by more than $800,000 despite fiscal concerns made by the interim comptroller but the overall spending package included $2 million for an airport project that is largely being funded by a grant.

The Bourbon City Council approved the police department to proceed with a double time pay policy on traffic enforcement programs through the Missouri Department of Transportation (MoDOT). Police Chief Scott Zwetow presented the proposal to the council on June 21, which he said would be for off-duty officers participating in MoDOT traffic programs.

The St. James Board of Education discussed and agreed to allow volunteer coaches to aid with school sports programs under guidelines yet to be determined. Superintendent Tim Webster told the board he has heard some coaches would like to have community volunteer assistance, but he wanted to hear board opinion before allowing volunteers to aid programs.

The St. James Board of Education approved the budget for fiscal year 2022-23 during its June 22 meeting. The new budget includes salary increases, continuation of a 1:1 technology initiative, ventilation and air quality improvements, and ESSER (Elementary and Secondary School Emergency Relief) spending for ongoing district improvement projects. 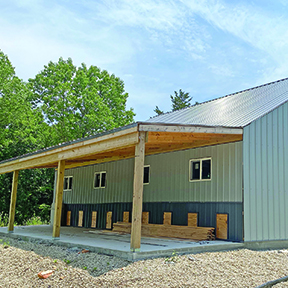 Mary Young has been pushing hard to get a new facility for unwanted or lost dogs in Steelville for several years now. The local resident has worked with rescue organizations and others in the community and outside as well to raise funds to help provide a much better facility to house the dogs than the current small concrete block shed still in use.

Absentee ballots for the August 2 Primary election are now available to registered Crawford County voters in the County Clerk’s office in the courthouse on Main Street in Steelville.