The Cuba City Council hired two new workers for the Electric Department on August 2, but the department remains shorthanded after a motion to transfer another employee into the department was rejected in a tie vote that was broken by the mayor. More discussion, however, is planned about filling the final position the supervisor says is badly needed.

The Cuba School Board put the brakes on two construction projects, opting to move one back a year and hold off on the other until more information on costs can be gathered. During their July 25 meeting, board members also approved a new contract with Missouri Baptist Sullivan Hospital (MBSH) for an athletic trainer.

The Missouri Department of Transportation (MoDOT) is looking for service-oriented individuals who are ready to help maintain the transportation system in Crawford County. MoDOT will be hosting a hiring fair for multiple positions at the Cuba Maintenance Facility next Tuesday, August 9th. 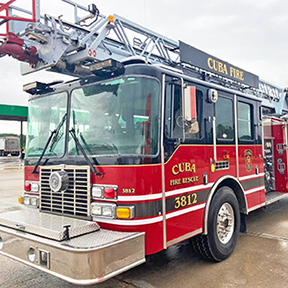 In January of 2021 the Cuba Fire Protection District set out on a journey to replace its aging aerial ladder truck with newer, more modern apparatus. After locating a truck and making a trip to check it out, the Board of Directors approved the purchase of what would become the district’s newest truck. 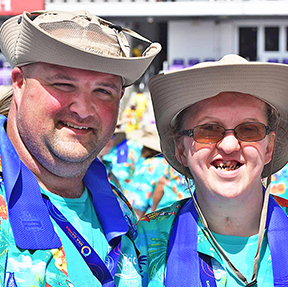 By Diego Branda
Special Olympics Missouri marketing and communications intern
The relationship between law enforcement and Special Olympics Missouri has an extensive history. Whether it be organizing a Law Enforcement Torch Run event or managing a Polar Plunge, law enforcement has built a lasting friendship with SOMO. Hundreds of officers from around the state volunteer to help at events annually, and some even coach and compete with the athletes.