During its regular monthly meeting last week, the Bourbon City Council heard an update on water usage from Monty Todd, who was tasked with performing a water study after it was discovered water sales were declining in recent years. The issue was first brought up over the summer during the budget process, when it was noted the city is selling less water than expected. 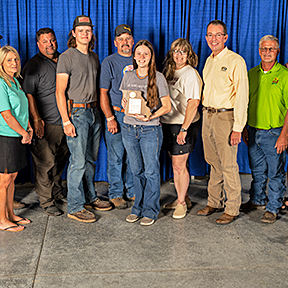 Mike and Tammy Zuzack and family of Bourbon were among the families honored during the 64th annual Missouri Farm Family Day, Aug. 15 at the Missouri State Fair.