Six residents are running for five open positions on the University of Missouri Phelps County Extension Council and the election will run from January 25-29. Anyone citizen of voting age in Phelps County will be able to vote and elect members of the council during that time.

St. James Police Chief Ron Jones warned of scams being encountered in the area during Mayor Rick Krawiecki’s weekly Facebook update last week. Jones provided information about these scams, such as IRS and Social Security scams, and how to avoid them.

The Missouri Department of Natural Resources (DNR) recently completed a two-year study of St. James drinking water, testing for lead and copper. Results showed water to be well below required limits, free from bacteria, and deemed safe to drink.

A Cuba man has been charged with three felonies and a misdemeanor for his alleged burglary and theft from the city of Cuba’s Public Works Department on January 2. The burglary took place while the city was experiencing a widespread power outage, and the Electric Department had the largest number of items taken, causing a delay in their work to restore power to the city, as employees had to take additional time to collect and reorganize needed tools.

During their January 7 meeting, Cuba City Council members got an update on work being done on the construction of a new splash park at the city pool. Alderman also approved an ordinance for another tree-trimming contract as the city continues work to keep its power lines free of limbs.

Following several weeks with high counts, including one at the top spot in the state for its infection rate, Crawford County is reporting fewer positive COVID-19 cases and a correlating reduction in infection rate. 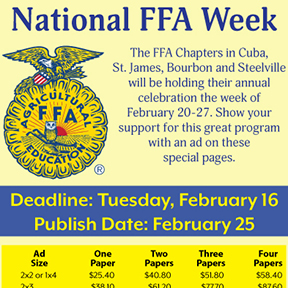 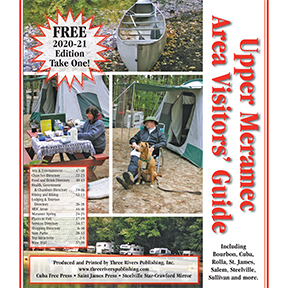 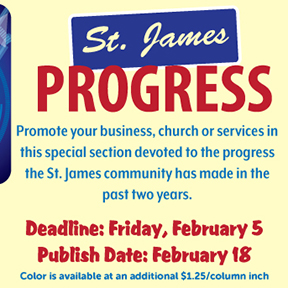